I might make a video promo for the new RP. Why? Because I can.

LP, great job on guidelines and prelude...helped even a loser like me understand where we are at in the galaxy.
_________________
Speak softly and carry a big stick...or light saber, whichever.

Always wanted to hug him...

No, other than that bitter pill, I loved the guidelines! Like the perfect essay, it helped me read them because it got to the point and also was humorous (I did smile at the Jack Bauer part). Definitely looking forward to this rp!
_________________
IT ONLY TAKES one VOICE TO START A REVOLUTION

Thanks, it took me while to word it correctly and get everything from Bob's "War of Tython" posts.

To all extents and purposes this is Lord Rius.

We will not be following a daily date format or even month, as the Star Wars universe doesn't have an easily maintained date system that we could use. Soooooo....... yeah......... make your posts i guess and we'll go off from order there//

LP, all that happened Ariel felt Xentaas barely touch the cruiser with his force sight, that why it felt "masked" so your free to slaughter the cruiser.
_________________
Speak softly and carry a big stick...or light saber, whichever. 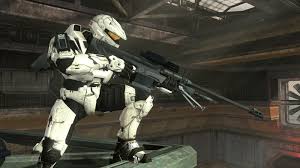 He shows more restraint than fellow Sith, he is more human, more compassionate than his fellow murders and killers, no matter how ironic that is.
He lacks the grey skin tone and yellow irises many Sith have. He has been called too human. He just laughs at the claims and rumors.

A mysterious and hidden figure, bearing neither the idealistic dogma of the Jedi nor the irrational rage of the Sith. His true motive is unknown, as he keeps mostly to himself.
He is a loyal disciple to Oblivion and has been a staple in the New Sith Order since anyone can remember.
He joined Darth Oblivion in his conquest of the galaxy when it first started, when he first was consolidating power and resources.


Born on the planet of Solus in the Outer Rim, he was a young man when he was found. His true name is lost to the annals of history and the current of time. Darth Rius was a scholar even before Oblivion found him. He wanted to find ways to make his power in the force stronger, to make his force powers truly unlimited.
Oblivion promised him the forgotten texts that would help him accomplish his goals. He promised him power that would stretch his mind and mould it into a vessel to be filled with the knowledge of long passed philosophers and magisters. A container to be filled with the power of the dark side.

Now Darth Rius is the Keeper of Text, in charge of the texts, slates, holocrons, scrolls and other Sith related literature that are stored in the many libraries spanning the galaxy. He is also in charge of collecting any "errant" source of interest.
With access to the ancient journals and scrolls of Sith long past he stumbled across the art of Sith alchemy. He is now a practitioner of the darker of Sith arts.

The dark room was only illuminated from a large stone table. Books, scripts and scrolls could be seen strewn around the table and stacked haphazardly on the walls and corners of the room.

A figure clad in black was standing before the table. The light throwing shadows on the walls. A slight buzzing could be heard in the air.

A rumbling machine could be seen on one end of the table, with a snaking cable running from the machine to whatever the figure was standing before.

Suddenly a bright flash appeared from before the figure.

Disfigured faces could be seen. The disfigured faces were connected atop equally disfigured bodies. The constructs were reportedly the honor guard of the black clad figure. He built them with his own hands and the knowledge hidden away inside the old Sith scriptures.

"Xal, here now. Increase the power to the capacitor. My hands are occupied."

As soon as the name of the construct hit the foggy air in the room, it sprang to life. An automaton left an intention in the wall. The heavy and tall creature easily taller than the black clad figure.

The giant walked with an awkward gait as if unaccustomed to his body. Metal gleamed from gashes in his flesh. His eyes replaced with multiple spectrum receptors.

The giant stepped toward the machine in the table and lifted a great thick arm. It turned a dial and the buzzing in the room raised to a fever pitch.

The creature stepped back from the machine and stood ramrod straight. Waiting for orders from his creator.

Another bright flash and the room became deathly silent. The black clad figure seemed to be turning over what he was working on, measuring it's dimensions.

"Librarian Rius, sorry to interrupt you, but you are needed on the detainment level." A voice crackled over the intercom.

Annoyed the black clad answered back, "What is the nature of the situation?"

"The prisoner is awake."

"I'll be at the cells In the mean time continue the scans on the long range scanner. I want to make sure if theres any Imperial or Alliance forces that survived, they don't blindside us."

"Aye sir. The containment cell will be ready. Long range scanners are sending scanning pulses at interval and interceptor craft are ready to launch at a moments notice." The bridge closed the intercom channel.

The black clad figure turned towards the immobile and ever vigilant creature standing next to the table.

"Xal, store our little experiment and clean up the mess. Thank you old friend."

The black clad figure reached out and touched the creature on the bicep, his hand small compared to the creatures arm.

He made a clicking sound and his honor guard moved from their indentions in the wall. The creatures wore black robes over their bodies, hiding the assortment of weaponry they hid underneath.

The black clad figure turned and waves his hand at the door. The door opened with a hiss of released air, like a sigh from a dying body.

"Time to see what our guest has to say now."

The black figure moved through the corridors of the Mortician. His honor guard a respectable distance behind him. And a million thoughts hurried through his mind.

The engine couplings needed to be aligned soon, the crew needed some more ammunition and perishables. He needed another alchemical supply shipment. Oblivion needed another update on his progress. He needed to rifle through Courascant's libraries and take any interesting volumes.

So many thoughts, so little time...

Think of it what you will, but it is all apart of a grand scheme.

Alright, now the plot between the Hutts and Black Sun begin. I'm going to try to make it a big plot but not so big the it will affect your stories. If you have any questions, comments, or ideas send me a PM.

Hope ya'll don't mind if i just keep adding to my first post in Between Space (Awesome name btw) until others post. I keep thinking about stuff and adding it when I can

The time of the Cascading Moon. For the full image, click here.

The time of the Shining Star. For the full image, click here.

A map of the land of foster. For the full map, click here.

My experiments with their writing styles, circles indicate my final decisions. For the full image, click here.

Yeah, so other pictures bled through, but thankfully not on the map (actually it did... gaaaawd!).

These were all drawn by me during school (mostly during pre-calc and physics), and they're all related to my between space RP, which will be continued shortly.
_________________
"Why isn't there a picture here yet?"

Just informing those who are part of the Between Space RP that I will try to attempt to continue the arc so that the story can go on.